To support the growth and their ambition, IGS GeboJagema decided one year ago to start with the expansion of the current facility. On top of this, the decision was made to redecorate the larger part of the interior.

The contractor started in December 2017 with the project. The expansion had to be built on what used to be the company’s car park. To make place for the new hall, the car park had to be demolished. As the new hall had to be built on concrete pilars, these pilars first had to make its way deep into the soil ground. Normally this would mean some weeks of work, but the month December charactarized itself as a very wet month. The overflow of water led to some delay, which is always undesirable, especially at the beginning.

Fortunately, the delay was soon caught up with. And in the first two quarters of this year, the expansion became more visible by the day. Currently the contractor is working on the completion of it. As the new hall will become IGS’s Customer Service Center, all the captive Injection Molding Machines have already been moved to the new hall.

The work on the interior is also coming to its end. All the offices on the groundfloor have been restructured and redecorated. Furthermore the entrance has been torn down and built up again.

Whenever you have a need for a high precision toolmaker and want to discuss the challenges of a certain project with IGS GeboJagema, you are more than welcome to visit us. Seeing is Believing! 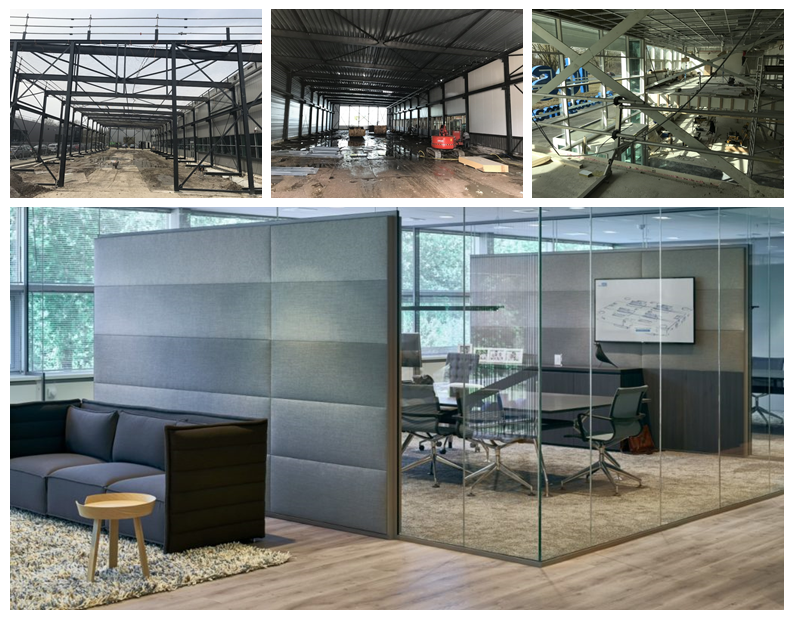