In the first two quarters of 2018 IGS has bought no less than five new machines for different departments. The Soft Steel Manufacturing department has recently welcomed their second Okuma Multus B300II. This multitasking CNC machine is the ultimate fusion of turn-mill. The Okuma MULTUS B Series machines are general purpose multi-function CNC lathes that are designed to reduce set up time by virtually eliminating repetitive fixturing to improve accuracy and keep non-cutting time to a minimum. The new Okuma will also be equipped with a Fanuc robot to enable him to operate autonomously, just like his twin brother. 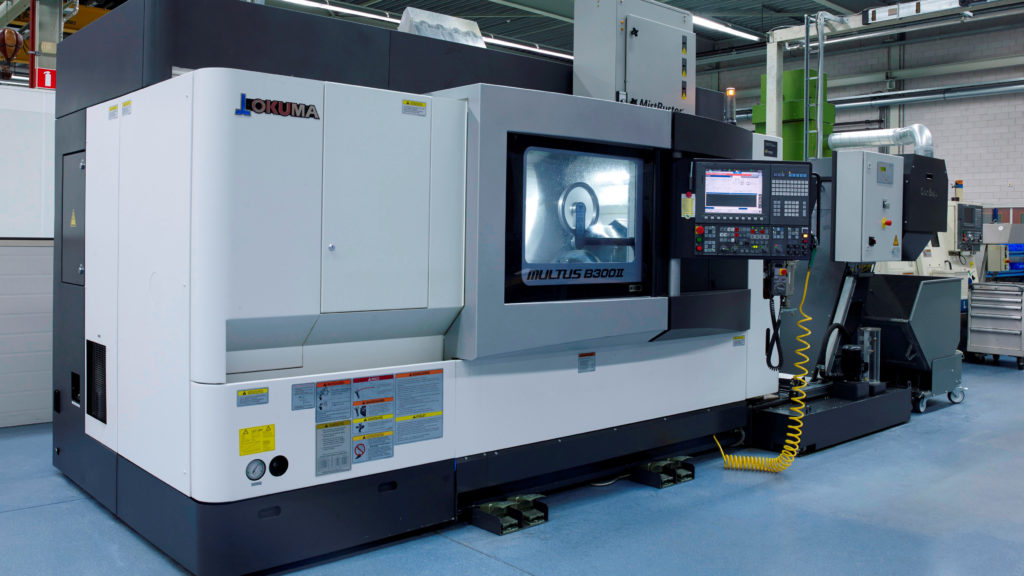 The Hardened Steel Manufacturing (HSM) Department is preparing itself for the arrival of three new Makino D200Z machines. These three new five-axis milling machines will accompany another, already installed, Makino D200Z, which makes a total of four. The Makino D200Z is known for its high precision and can machine in the microns. When installed, IGS has a total of 14 Makino’s in the HSM Department. By the way, IGS is already common with working with 5-axes milling machines. The Soft Steel Manufacturing department has five Hermle milling machines, but these are mainly used for rough milling.

Last, but not least, also the EDM department has been expanded with new machining equipment. At the beginning of this year a new AgieCharmilles Cut 300 mS with Erowa Robot Compact 80 was installed.

These investments are a good example of how IGS intends to keep ahead of competition. IGS has the philosophy to plan ahead instead of risking to be overtaken by events.